Matthews Southern Comfort did a show with Magna Carta in the Robin2 on October 30th. For the full review visit: Midlandmania.wordpress

“…More to the point, his shimmering alto vocals have remained undimmed by the passing of the years: the only slight change is in the addition of an oak-aged gravitas and venom (especially on newer, more lyrically bitter compositions like Bits And Pieces or Age Of Isolation) that was sometimes absent from his earlier work, and it’s no bad thing. Moreover, in structuring the set so that new songs rub shoulders with old classics like And Me (Say A Prayer), Darcy Farrow or Mimi & Richard Farina’s Blood Red Roses, Matthews- these days a Dutch resident, surrounded by an entirely Dutch lineup who undoubtedly bring a flavour of that country’s ownpop heritage to the group’s already potent blend of English folk and Americana- deftly highlights the continuity between both eras, thus also drawing attention to their finest elements….”

“…Of course, even back in ‘69, MSC were never a one-man show: indeed, by way of demonstration that this is and has always been a band (with, might I add, six fine studio albums in total under its belt) and even within the group itself, the emphasis (though its past should never be ignored) is very much on presenting the band as it exists now, both as composers and interpreters of others’ material (a balance Matthews has repeatedly favoured since the 60s) Thusly, acoustic six-stringer Eric Devries- in addition to his contributions to the ensemble’s already exceptional four-part harmonies – also asserts himself with a fine lead vocal on Mare, Take Me Home: meanwhile, electric guitarist/mandolinist/ all-rounder Bart Baartmans (leave your tedious Simpsons jokes at the door please) is a revelation, letting rip with several tasteful solos throughout that call to mind both his fellow countryman Chris Koerts (Earth & Fire) and a more restrained version of Matthews’ former bandmate Richard Thompson….”

“…Sadly, there’s nothing in the set tonight from the original band’s much-underrated eponymous third album, but further “golden greats” surface late on in the shape of To Love and (obviously) Joni Mitchell’s Woodstock, the sole UK no 1 hit ever enjoyed by any former Fairport Convention member (now there’s a top music quiz trivia fact for you) Recognised as radically different from its creator’s original version even at the time of its release, it’s since been reworked yet again, its new vocal refrain and tempo showcasing yet another unexpected development in the fascinating history of this most iconic “hippie dream” composition: if anything, it actually now resembles its writer’s Miles Of Aisles version more than anything else, albeit with the funky backbeat replaced by the thrumming piano and Rhodes sounds of keyboardist Bart De Win. Yet another concealed weapon in the band’s already resplendent armoury, he also excels on further newies Like A Radio and (by way of unexpected encore) Crystals On The Glass: so much so, in fact, it almost seems a shame to cut him off in his prime….”

Forever destined to remain two of this country’s best-kept insider secrets, both Matthews and Simpson are gracefully gliding through their 70s with all the poise and invention of the true artists they are: though outwardly different, both are capable of stealing the listener away from the mundanity of everyday life and into a mystical fireside land of song, and for my own part, I’m overjoyed that glad this gig- allegedly cancelled and rebooked about five times- finally went ahead. And, from the 300-plus turnout tonight, it would seem the West Midlands’ folk-rock fanbase in general shares my enthusiasm. Verily and indeed, and with a hey nonny nonny tooralay. 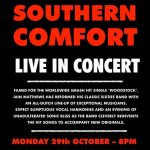 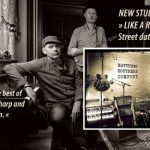 Last night we played Leo Blokhuis’ show on Radio Npo2. We did two songs of the new album ‘Like a Radio’ live.. want to see how we sounded?

Leo Blokhuis commented on the new album when it came out in February,
“…This fine record oozes with the excitement that making music can give: beautiful melodies, very well sung and arranged to great taste…”
here he subs for Bart.. click photo to see the clips.. 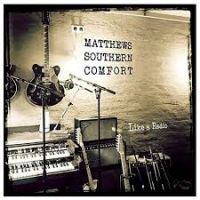